Kabita Devi Rajbhar prepares roasted corn, beans and rice to make super flour for her 2-year-old son at their home in Beriya, Nepal. Rajbhar is a participant in trainings facilitated by MCC partner Brethren In Community Welfare Society.

On January 14 the Senate approved a resolution, sponsored by Sen. Collins (R-Maine) and Sen. Coons (D-Del.), to encourage greater efforts by the United States to end maternal and child malnutrition globally.

Annually 2.6 million children die as a result of undernutrition, representing 45% of all child deaths. The World Health Organization reports that in 2017 approximately 810 women died every day from preventable causes related to pregnancy and childbirth.

A House version of the resolution has been introduced by Rep. Marshall (R-Kan.) and Rep. McGovern (D-Mass.). Please ask your representative to support it! 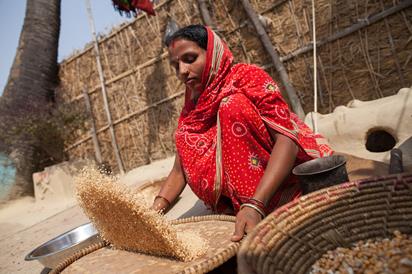 Help us improve the E-Memo!

Please take this short survey to give us feedback on the E-Memo. We are grateful to have you as our readers and welcome your thoughts on how we can improve it.

Asylum seekers: Over the past year, the “Remain in Mexico” program has sent nearly 60,000 asylum seekers to Mexico, many to dangerous locations. More than 200 asylum-seekers from Honduras and El Salvador have been deported from the U.S. and forced to seek asylum in Guatemala. Take action.

Immigration: Residents of six countries will face new restrictions immigrating to the United States. A U.S. Supreme Court decision will make it harder for poor immigrants to get green cards. Border wall construction in sensitive wildlife habitat is draining precious groundwater and unearthing indigenous remains. With more than $18 billion available, 500 new miles of wall could be built by November.

Iran and Iraq: On January 30, the House voted to repeal the 2002 military authorization against Iraq, as well as a measure to limit funds for military action against Iran. (See votes: Repeal 2002 authorization | Limit funding). It is unclear when the Senate will take up a war powers resolution or other Iran legislation. Take action.

Palestine and Israel: On January 28 the White House released its "peace plan." A statement joined by MCC says, "we fear the U.S. Middle East plan may spark an escalation in violence and entrench violations of international humanitarian and human rights law..."  Read more. 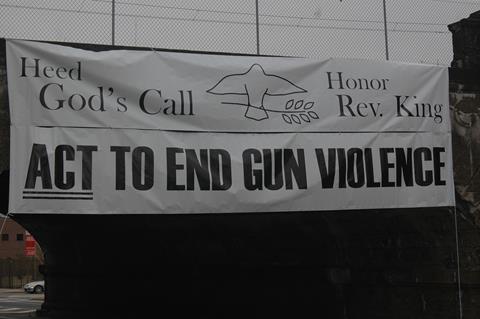 A public health approach to gun violence: The federal government spending bill recently released included $25 million to be split between the CDC and NIH to research gun violence. It is the first time in 23 years that such funding has been approved… 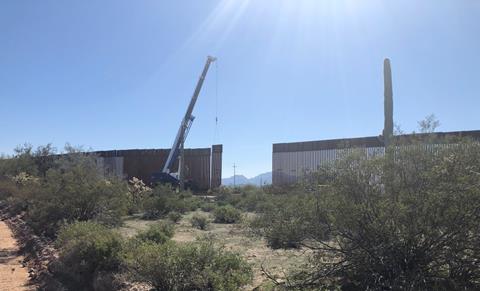 Protect asylum seekers: Urge your members of Congress to welcome those seeking asylum in the U.S.

Join us at the Korea Peace Now conference. On the 70th anniversary of the Korean War, learn about paths to peace on the Korean peninsula and participate in Hill meetings. Register by March 1. 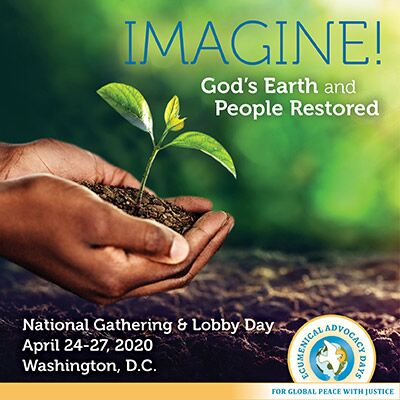 We hope to see many of you at Ecumenical Advocacy Days, which is focused this year on the global crisis of environmental injustice. The early registration rate ends March 16.

Please note that we are hosting a gathering for MCC constituents during the day on Friday, April 24, prior to the start of the conference. Let us know if you plan to join this pre-conference gathering.

Our office is making some funds available for those who need help with registration, lodging and/or travel costs for Ecumenical Advocacy Days. Apply here.

Visit Palestine and Israel on an MCC learning tour.

We have discontinued our monthly immigration updates. For timely news and updates on immigration and border concerns, you may want to consider subscribing to:

Welcome to Blake Hershberger, who is an international affairs intern in our office this semester. Blake’s home congregation is Beech Mennonite Church in Louisville, Ohio.

John-Michael Cotignola-Pickens led a workshop on faith-based advocacy at Lancaster (Pa.) Brethren in Christ on February 2.

On January 19, Tammy Alexander spoke about climate change advocacy at Grantham Church (Brethren in Christ) in Mechanicsburg, Pa., and on January 26 she spoke about advocacy and immigration policy at Belmont Mennonite Church in Elkhart, Ind.

Let us know if you would like someone to speak in your congregation!

Before you go, don’t forget to take our reader survey. It only takes a minute or two, and we want to hear from you!