Rep. Betty McCollum (D-Minn.) speaks at a briefing on Nov. 20 about military detention of Palestinian children.

U.S. says it does not see Israeli settlements as illegal

On November 18 the U.S. announced that it no longer considers Israeli settlements in the West Bank to necessarily be illegal under international law. The move is the latest in a series of actions benefiting Israel, including relocating the U.S. embassy to Jerusalem and cutting funds to programs that serve Palestinians. The decision is counter-productive for bringing about peace and security and was condemned by the United Nations Security Council. Read a response to the U.S. announcement from Palestinian Christians.

The same week, J Ron Byler, MCC U.S. executive director, joined 25 national-level Christian leaders to express support for legislation to prohibit U.S. funds from supporting the military detention of children, an issue that deeply impacts Palestinians. Our office helped to organize a congressional briefing releasing the letter on November 20, the International Day of the Child.

Global nutrition: On October 30, H. Res 189 was marked up by the House Foreign Affairs Committee and ordered for consideration by the full House. Ask your representatives to support maternal and child nutrition.

Immigration: The “Remain in Mexico” program has been expanded to Tucson, Arizona, stranding more asylum seekers in tent camps south of the U.S.-Mexico border while they await court hearings (Take action). Border wall construction continues to adversely impact public lands, indigenous groups, landowners and historic sites. Fees for citizenship and other immigration benefits will increase soon, some by as much as 83%.

Latin America: The United States restored some assistance to Honduras, Guatemala and El Salvador last month, four months after President Trump cut all aid to the region. The resumption came after the countries signed agreements that put migrants at risk and dismantle protections in the U.S. asylum system. The aid that has been unfrozen is for law enforcement and security, not development assistance addressing the root causes of migration.

An education for all (criminal justice) 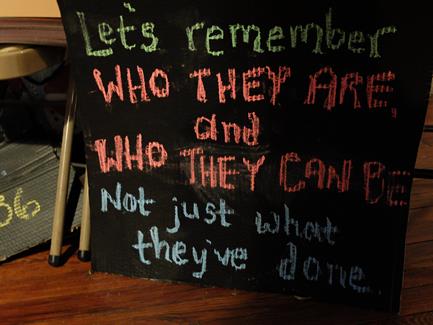 Just under two months remain for high schoolers to send in their essay and video entries for our contest! We are looking forward to hearing from you about immigration, climate change and gun violence. 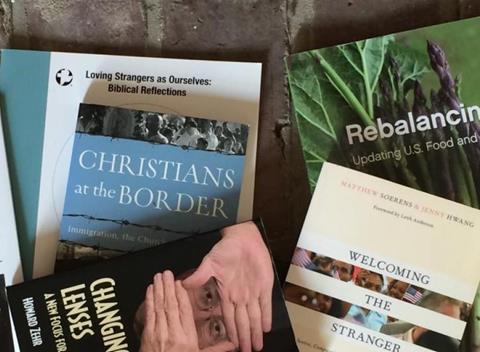 Getting your message out  English | Spanish

Look for the November-December immigration update, coming in mid-December.

Tammy Alexander and Steffy Martinez attended a rally at the U.S. Supreme Court in support of DACA recipients (photo) and a press conference to raise awareness about how border wall construction is affecting communities in Texas. Tammy visited a congressional office with two Mennonite pastors as part of National Sanctuary Collective advocacy days. Tammy also spoke about U.S. immigration policy with students from the American Studies Program (a program of the Council for Christian Colleges & Universities).

Charles Kwuelum has returned from participating in an MCC Central and West Africa regional meeting. He also visited MCC program sites in Nigeria and facilitated a training in local advocacy and peacebuilding.

In mid-November, John-Michael met with MCC’s Anti-Racism and Mass Incarceration Networks in Montgomery, Alabama. The groups spent a day together at the Legacy Museum and the National Memorial for Peace and Justice. 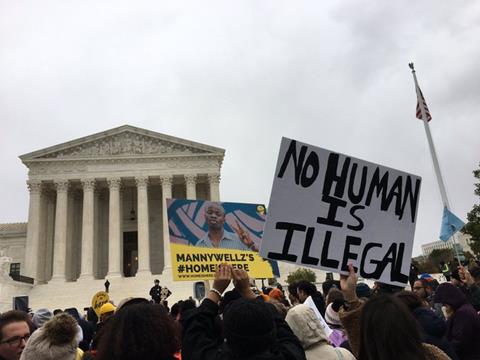 Invite us to speak

How to be an advocate