A simple grave with votive candles in a city graveyard in Douglas, Arizona, for a man who died on his migrant journey to the U.S. MCC border learning tours bring attention to the effects of border walls on communities on both sides of the border and the tragedy of migrant deaths.

Twenty-five years ago this month, the Clinton administration launched Operation Gatekeeper which began to militarize the U.S.-Mexico border. Since then, more than 8,000 migrants have perished after being driven to cross in more remote areas.

Last month, the Trump administration transferred $3.6 billion to build more border walls and, though the House and Senate rejected the National Emergency declaration that supports this funding, there were not enough votes to override a presidential veto.

The U.S. Supreme Court allowed a new policy to go into effect that blocks nearly all asylum seekers, while tent courtrooms constructed in border cities are making a farce of due process. Federal courts halted new policies to expand family detention and speed deportations.

Central America: El Salvador, Honduras and Guatemala have all signed agreements with the United States related to the processing of asylum seekers. If implemented, these agreements would force asylum seekers to remain in these countries while waiting for their claim to be processed. Take action.

Criminal justice: The Senate Appropriations Committee approved $75 million to implement the First Step Act, the law signed by President Trump at the end of 2018 that reduces the use of mandatory minimum sentences.

Vietnam: Agent Orange, a toxic chemical causing congenital effects, was sprayed over Vietnam during the Vietnam War. Decades later, it continues to affect U.S. veterans and Vietnamese people. A bill to address this exposure was re-introduced earlier this year. Read more and ask your representative to co-sponsor H.R. 326.

Gun violence: Loving our neighbors so they may flourish

A migrant’s journey starts in Central America: U.S. immigration policy should too 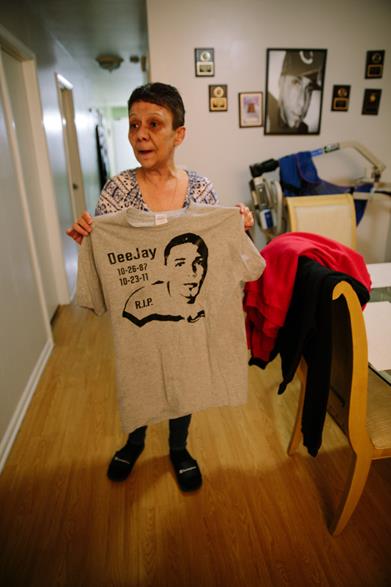 Caption: Elizabeth Ramirez holds up a t-shirt made in her son Dee Jay’s memory. Elizabeth started an organization called Parents for Peace and Justice to help support other families who have lost children to gun violence in Chicago. MCC photo/Sarah Severns

Stories of life behind the economic blockade in Gaza: It tastes like salt | The food is ruined 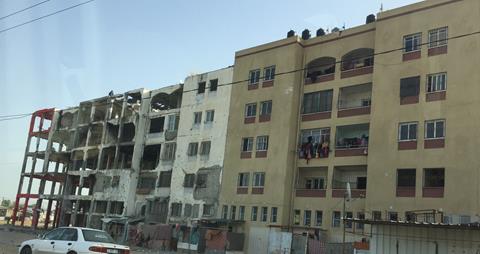 January 24, 2020 Deadline for entries to our essay and video contest. We are looking forward to seeing what high school students have to say about climate change, immigration and gun violence. Full contest rules here.

April 24-27, 2020 Ecumenical Advocacy Days: “Imagine! God’s Earth and People Restored.” As the conference description says, “The conference will explore the intersection of climate change and economic injustice. This will galvanize our advocacy on behalf of policies and programs to chip away at the systems of oppression that keep people in poverty and push all life on earth to the brink of destruction.”

On September 28 Kate Parsons attended the Global Peace Forum on Korea in New York City, a gathering of officials, academics and advocates from the United States, North Korea and South Korea.