An urgency and a responsibility to address climate change

Mennonite Central Committee’s partners around the world detail in no uncertain terms how climate change is impacting their communities. In Latin America and the Caribbean, unpredictable seasonal rainfall and recurring drought are causing food shortages and contributing to increased migration. In sub-Saharan Africa, reduced rainfall and higher temperatures are key concerns for farmers and ranchers. In south Asia, melting glaciers are causing both flooding and water shortages.

A cruel irony about climate change is that the communities most harmed by its effects are the least responsible for its origin—and the least able to respond and adapt. The United States, as the largest historical emitter of the greenhouse gases that cause climate change, bears a great responsibility not only for reducing our own emissions but also for helping those affected.

Read the full issue of our Fall/Winter newsletter. 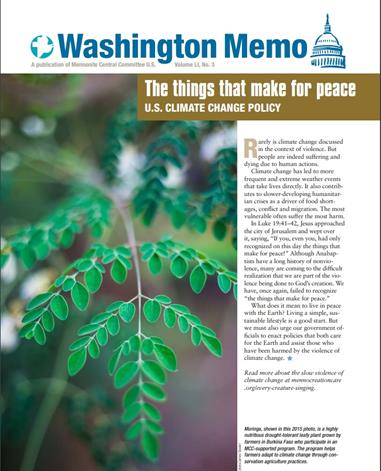 Central America: The Trump administration is moving forward with plans to transfer funds intended for Guatemala, Honduras, and El Salvador, backing off of initial threats to cut aid worldwide. The three countries have faced extreme violence, limited opportunities, and weak government systems, contributing to an increase in migration to the United States. Support foreign assistance.

Gun violence: After a private conversation with the National Rifle Association’s Wayne LaPierre, President Trump has backtracked on his support for background check legislation. Talks continue, however, between members of the Senate and the White House about the possibility of passing gun violence legislation.

Palestine and Israel: During the August recess, 72 members of the House visited Israel, sponsored by the pro-Israel American Israel Education Foundation. Israel then denied entry to Reps. Omar (D-Minn.) and Tlaib (D-Mich.), citing their support for the Boycott, Divestment and Sanctions movement. The move was decried by many but has brought needed attention to the broader issues of occupation and freedom of movement faced by Palestinians.

Men and guns: Jesus vs. toxicity

The urgency before us: A call for collaborative effort towards DR Congo 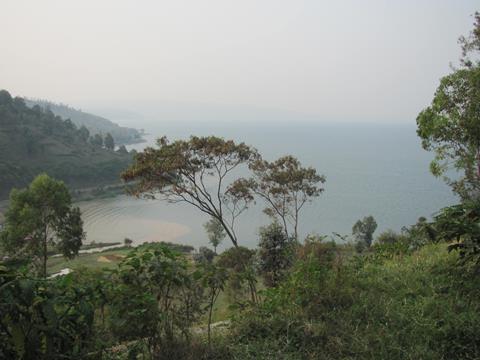 Landscape near Bukavu, in Democratic Republic of the Congo, pictured in 2012. MCC photo/Ruth Keidel Clemens

An introduction to carbon pricing 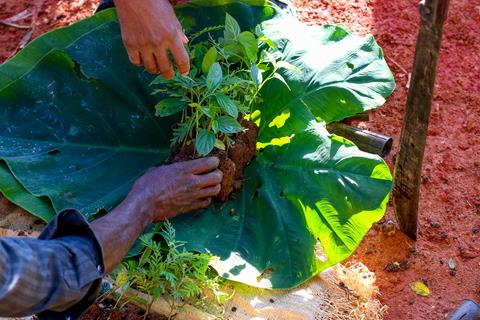 Save the date: April 24-27, 2020 Ecumenical Advocacy Days, focusing on the intersection of climate change and economic injustice

We are delighted to welcome two new staff to our office. Katerina (Kate) Parsons is our Legislative Associate for International Affairs, focusing on U.S. policy toward Latin America and Asia. Kate comes to us after four years of work with a non-profit organization in Honduras. She is a Calvin University graduate and is pursuing a master’s degree at American University.

Estefania Martinez Reyes is an International Fellow in our office through MCC’s International Volunteer Exchange Program. Estefania is from El Salvador and will be with us for 11 months. She has a degree in international marketing. Welcome, Estefania and Kate! 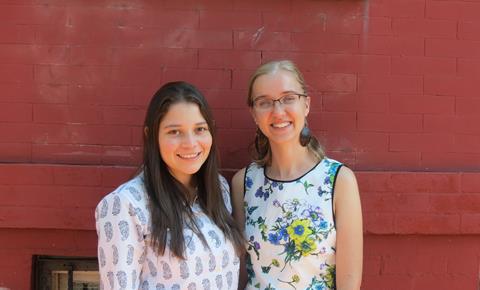 Eliza Mull wrapped up her internship in our office on Aug. 14. We wish her the best as she returns to her studies at Penn State University.

Rachelle spoke at Jubilee Mennonite Church in Bellefontaine, Ohio on Aug. 11. She also hosted participants from Eastern Mennonite Seminary’s biannual study trip to Palestine and Israel for meetings with their congressional offices on Aug. 14.