A cross attached to the Mexican side of the U.S./Mexico border wall reads, "We are all migrants, we always live as brothers."

Congress passed a continuing resolution last month to keep the federal government running until November 21. Another continuing resolution until December or into 2020 is likely. One significant point of debate continues to be funding for more border walls. In Fiscal Year 2019, Congress approved $1.375 billion and President Trump transferred an additional $6.7 billion from military accounts. For FY 2020, a House spending bill has allocated no money for new walls while a Senate bill contains $5 billion plus funds for an additional 6,800 detention beds.

Meanwhile, border wall construction continues in Texas, New Mexico and Arizona. Millions of gallons of desert groundwater are being pumped out for mixing concrete foundations, impacting farmers and imperiling endangered species. A federal judge is expected to halt some construction but the specifics remains uncertain and any injunction could be overturned by the Supreme Court.

Other ways to take action:

Arizona: When 48,000 asylum seekers needed help, a coalition of 40 churches came to their aid

A federal judge blocked a new policy that would have allowed immigration officials to detain children for longer than 20 days. The Trump administration has promised to resume some foreign assistance to El Salvador, Guatemala and Honduras in exchange for tentative agreements that would force migrants to request asylum in those countries rather than in the U.S. One such agreement, between the U.S. and El Salvador, would extend work permits for Salvadorans in the U.S. with Temporary Protected Status.

The president of the National Association of Immigration Judges and members of Congress have raised serious concerns about new tent courts at the border—hastily erected facilities where judges appear via videoconference, access to attorneys is restricted and migrants are sent back to Mexico regardless of whether that puts them in further danger. A surge of Mexican families are requesting asylum but, with border officials allowing only a few families to enter each day, thousands are sleeping in tent camps outside border crossings. Hundreds of African migrants are stuck in southern Mexico due to a security crackdown.

A federal court blocked the implementation of a new fast-track deportation policy. Many immigrants are traveling hours to immigration court hearings only to discover the dates printed on their paperwork are ‘dummy dates.’ Immigration officials say they are not conducting raids but an analysis by the American Immigration Council shows otherwise. The Department of Justice prosecuted a record-high number of immigration-related crimes in Fiscal Year 2019.

The Guardian: Detained: How the U.S. built the world's largest immigrant detention system

DACA: Supreme Court hearing November 12 | There is no aristocracy in citizenship

Green card limits: Bill to erase per-country limits for green cards could get Senate vote -- but in some ways pits immigrant groups against one another 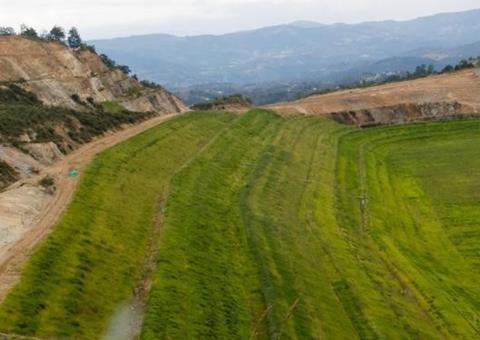