MCC U.S. board and staff members visit the border wall in Arizona in June 2018.

On January 25, portions of the federal government that had been without funding for 35 days reopened under a continuing resolution through February 15. The deal came one day after a proposal to pair border wall funding with protections for DACA (Deferred Action for Childhood Arrivals) and TPS (Temporary Protected Status) recipients failed in the Senate. The bill would have spent more than $5 billion on border fences and walls, increased immigrant detention and deportations, removed protections for asylum seekers and gutted the DACA and TPS programs while providing only a temporary and limited extension to both.

House Democrats are reportedly working on a compromise border security proposal that would include funding for improvements to ports of entry (where 85 percent of illicit drugs come through), additional customs agents, more immigration judges and technology such as sensors at the border – but not funding for walls or fences. All nine House members whose districts include the border oppose wall construction.

In February, construction is scheduled to begin on several miles of border walls and fences in Texas (with Fiscal Year 2018 funds) that will cut through a butterfly center, state parks, a wildlife refuge and the grounds of a historic chapel. Private landowners will lose access to their land and the river.

Edith Espinal has spent 18 months hiding from ICE in a church. How much longer will the authorities let her stay?

A tale of two sanctuary churches: Congregants in Ohio and the Netherlands find ‘instant connection

Immigrant family celebrates their first holiday without fear of deportation

Instead of building fences/walls, modernize U.S. ports of entry (PDF)

Your gift welcomes newcomers to the U.S.

PBS: At U.S.-Mexico border, a tribal nation fights wall that would divide them

The Hill: The enormous and irreparable impact Trump's wall will have on wildlife

NY Times: Trump claims there is a crisis at the border. What’s the reality?

Arizona Range News: Editorial: It’s time for Congress, not the White House, to step up and protect Arizona’s economy

“Would you please explain to President Trump just how much Arizona makes from trade with Mexico? This government shutdown over a border wall is ridiculous, and the constant attacks on Mexico aren’t doing our state any favors.”

National Geographic: 6 ways the border wall could disrupt the environment

NY Times: The border wall: What has Trump built so far?

KIND: The protection gauntlet: How the United States is blocking access to asylum seekers and endangering the lives of children at the U.S. border

The Nation: Who killed Jakelin Caal Maquín at the U.S. border?

“She died of cardiac arrest, but the real killer was decades of U.S. policy in support of Guatemalan regimes that have displaced and slaughtered the Maya population.”

“The two facilities can operate unlicensed and without required checks because they are located on federal property and thus don't have to comply with state child welfare laws.”

The Hill: Small but powerful amendment could lessen immigration detention

NIJC: DHS’s secret detention expansion is dangerous for immigrants, and for democracy

NBC: 22 immigrants died in ICE detention centers during the past 2 years

NPR: A mom and her teenage daughter brace for a future apart

Sensitive locations: Filing immigration enforcement civil rights complaints for violations of the “Sensitive Locations” policy at or near your school (NILC) 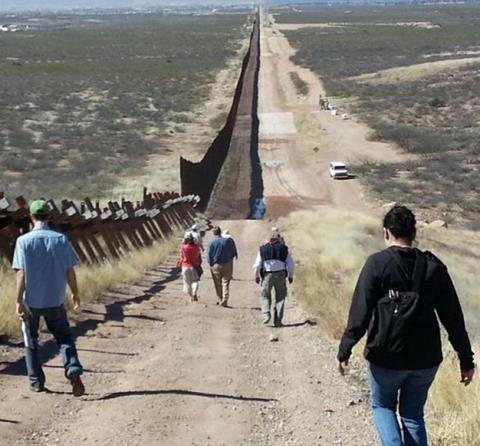